Radwan Nawaf Al Dokhy, 14-year-old boy who was born in Al-Lajat area and lives in Sur village.  Radwan, like his peers, grew up with his family and joined the primary school in his small village. After a while unfortunately the War of Syria targeted Radwans’ Village which forced his family to be displaced and leave the school which was an important place to have proper education, meet and play with his friends. Due to the new hard dramatic situation, Radwan became unsocial, isolated and careless child who was in need for urgent psychosocial support especially when he lost his mother who was arrested by the GoS. The child was then forced to work in an industrial shop.

After a while, a teacher, who works at No Lost Generation NLG Center in Sur Village, heard of Radwans’ story and invited him to join the self-learning sessions which are being implemented at the center. At the very first stage, Radwan showed variety of behaviors such as the rejection to the new place, unsociality and losing concentration due to the busy mind of his Mother.

After the identification of his status, PSS plan was created to help him to get back again to his ordinary life as he was subjected to psychological support sessions by the center's specialists to empower his self-esteem and self-confidence as well as to build his life skills and capacity, also to encourage him to focus on the positive and effective spirit by believing in his ability as a creative smart boy who loves to study and socialize with the surrounding community. Coordination with his family and people around him as well as getting reports on his social performance were essential to reintegrate Radwan with his peers and family as well as to affiliate him with the centers’ activities.

After being integrated with his colleagues at the center and showing interest in him, Radwan has improved his personality and behaviors by acquiring new life skills. He feels responsible now to the center, does his homework regularly as well as he is very active and enthusiastic child who cooperate with his friends at the center and committed to participate with all activities of the NLG center and after the improvement of the psychological status of the child teachers coordinated with his school to join it again as he has the desire to catch up again his education especially after he had supported education lectures.Radwan also became proud of his achievements and the improvement of his learning skills.

” When you believe that Education is your way to success and when you trust that reading will help you to overcome your difficulties in this case you will find the sweetness of living and your success will become true, you have only to believe in yourself and determine your plan and goals as every successful person doesn’t surrender to challenges of life”. 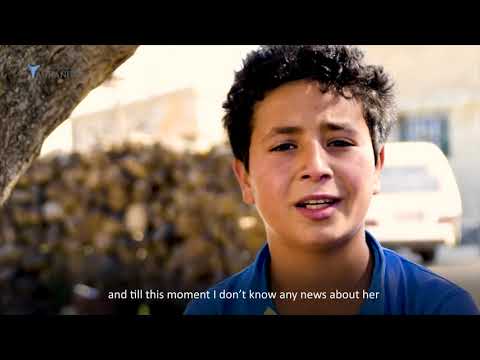