In 2017, Dar’a and Quneitra governorates witnessed fierce confrontations between armed opposition groups and Government of Syria (GoS) forces, focused on Dar’a city and parts of Quneitra. The majority of the IDPs settled in non-formal camps and buildings under construction. These IDPs are amongst the most vulnerable and in serious need of Non-Food and Shelter Items. These needs were doubled when the winter of 2017,2018 started.

During the days and weeks following the storms, Auranitis Statistic and Media staff conducted RNA to determine priority humanitarian needs in the affected areas. Auranitis staff reported that many families lost everything in the storm in Mangola Camp which has a population of 1100 HHs .Most of the families in this camp were affected by the storm We have reflected this issue to our partners and reported this issue to the NFI/Shelter Cluster.

IOM, our partner have responded to these needs in some camps, one of them is Mangola camp.After agreed with IOM on the location and the type of intervention, Auranitis Field Staff started with a 100% assessment to the HHs in this camp through house visits, and 1028 HHs were assessted.

As a result, families are still living in this camp and every winter they are facing the same chalenges.However, Auranitis will continue to work with the its partners to identify the most vulnerable populations on Southern Syria and provide them with urgently needed relief supplies.The rapid response and continued provision of emergency relief items has helped them facing this winter and we will keep helping them. 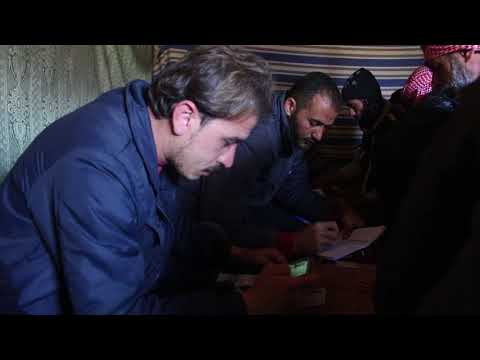