The Early Recovery and Livelihoods (ERL) sector estimates that 13 million people in Syria need humanitarian assistance, of whom 9.8 million are in acute need. The conflict has caused loss of jobs and livelihoods which contributed to increased economic hardships, stretching the capacity and resilience of people to cope with shocks and stresses brought about by the crisis.

Estimates show that three in four people of working age are not involved in any income-generating activities. The deterioration of basic services continues to undermine the viability of productive sectors, feeding a vicious cycle of unemployment, diminishing resources and resulting in increased levels of poverty.*

In response, Auranitis strengthened local markets and services through economic recovery projects. It provided financial grants and high-quality training services to farmers and vets to help them increase their productivity and income. It also provided them with agricultural inputs (seeds, vaccinations, equipment).

Through its different livelihoods projects, Auranitis rehabilitated 9 factories that offer various services, reached around 841,000 people in Dara and Quneitra and employed around 1200 workers to revive the economy that was damaged by war. Auranitis remains committed to economic empowerment of women and youth in all of its livelihood interventions. 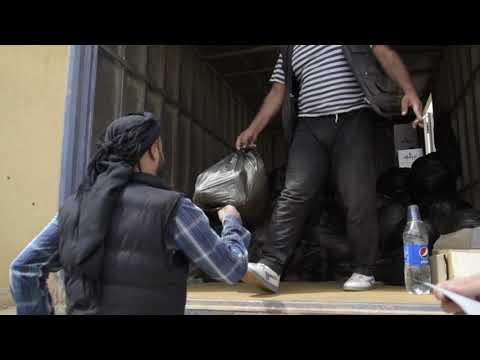